Integrating research during the outbreak response is not only essential to prepare for future outbreaks, it is also an ethical obligation to help improve patient care in current crises.
Since 2013 REACTing has coordinated the French research response during several infectious disease epidemics.
Close
2018 Ebola in DRC – May 2018 (Starting May 2018)
share

What is the situation on the ground?

A total of 54 cases (38 confirmed and 16 probable) were reported. Of these cases, 33 died (overall case fatality ratio: 61%), including 17 deaths among confirmed cases. Cases were reported from three health zones. Seven cases were health care workers, of which two died. 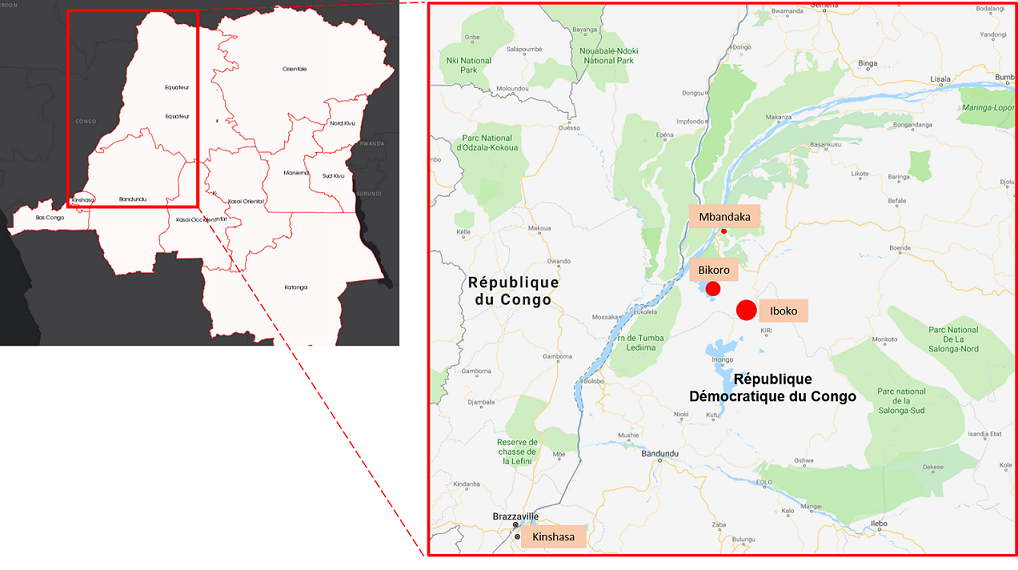 What was the involvement of REACTing?

The partnership established between the two institutes, INRB of Kinshasa and Inserm (University of Montpellier) is an active part of the REACTing platform, as well as its program to monitor the reservoir of the Ebola virus in Africa. This collaboration allowed the transfer of technology and the exchange of researchers between the two institutes, which permitted the on-site identification of the virus circulating in the DRC outbreak. This genetic characterisation was achieved without requiring the isolation of the live virus and just under 2 weeks following the official declaration of the outbreak by the DRC Ministry of Health, thus contributing to a more rapid response.